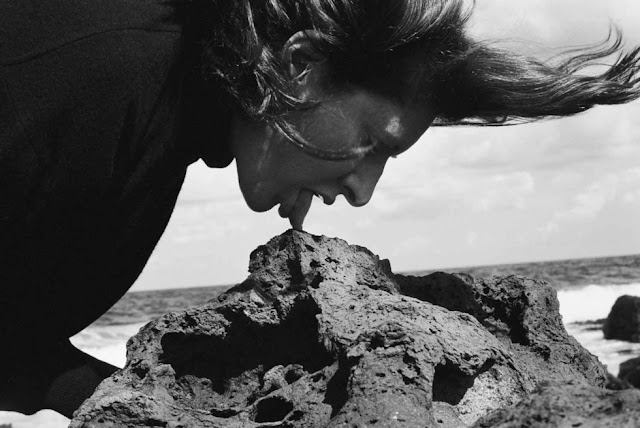 For more than four decades, Marina Abramović has worked with presence and her own body as her primary artistic media. This has made her one of the most widely acknowledged artists of our time. Her uncompromising self-exposure has evoked criticism and praise in equal measure. Now, Moderna Museet presents the exhibition The Cleaner – the artist’s first major retrospective in Europe.

The Cleaner was produced in close collaboration with Marina Abramović and features more than 120 works. It presents several of her best-known performances, including the Relation Works with German artist Ulay, her collaborator and partner from 1976-1988. These works take the form of live reperformances, films, installations and photographs from the 1970s to today. Moderna Museet is also delighted to show early paintings and works on paper from the 1960s and onwards, some of which are being exhibited for the first time. Also included are her relatively unknown audio works from the 1970s.

“Even in her earliest works, Marina Abramović expands the given boundaries, in terms of scale, medium, and the relationship to the audience. The responsibility shared by the artist and the participants for what the work can evolve into permeates her entire oeuvre”, says Lena Essling, curator of the exhibition.

Marina Abramović was born in Belgrade, Ex-Yugoslavia in 1946, to partisan parents, who met during WWII and were national heroes under Marshal Tito's regime. Raised in her childhood primarily by her orthodox grandmother, religion and revolution impacted profoundly on her early life and continue to permeate her artistic practice. In Rhythm 5 (1974/2011) she sets fire to a communist star that can also be read as a pentagram when inverted. The video installation The Hero (2001) is a ritualistic elegy for her father.

Abramović’s works seek the core of concepts such as loss, memory, being, pain, endurance and trust. Her work is a matter of life and death – questions about existence and art are brought to a head in ways that may both provoke and move us. Rarely has anyone explored the physical and mental pain thresholds as she does. In The Lovers (1988) Abramović and Ulay undertook a 90-day walk from opposite ends of the Great Wall of China. Their halfway meeting marked the end of their love affair and more than ten-year partnership.

“27 years ago, before her international breakthrough at the Venice Biennale, we had the honour of featuring Marina Abramović in an exhibition at Moderna Museet. We now take great pride in being the first museum in Europe to produce a retrospective exhibition of her work”, says Daniel Birnbaum, director of Moderna Museet.

Reperformances in the exhibition
A selection of Abramović’s performance works will be reperformed in the exhibition by specially-trained performance artists. The featured works are Cleaning the Mirror (1995), where one person carefully scrubs a human skeleton in a confrontation with mortality, Freeing Series (1975), where the voice, memory and body are liberated, and Art Must Be Beautiful, Artist Must Be Beautiful (1975), where the same phrase and action are repeated obsessively, like an incantation.

New performance by Abramović
Just over a week after the opening, a new work by Marina Abramović, in collaboration with Lynsey Peisinger, will be performed at the Eric Ericson Hall (the Skeppsholmen church) for seven days, 27 Feb–5 March.

“Together with the Eric Ericson International Choral Centre, Marina Abramović, 30 performers, 15 singers and a large number of choirs, we are creating an entirely new performance work. This is a work where a common vulnerability arises, and everyone collaborates in a simple, direct and humane way”, says Catrin Lundqvist, curator of programmes.