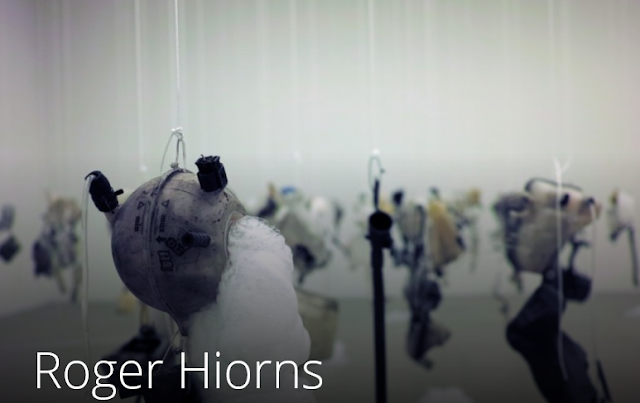 Ikon presents a major exhibition of the Birmingham-born, international artist Roger Hiorns, whose influential work will show from 7 December 2016 until 5 March 2017.

ADVERTENTIE
inRead invented by Teads
Through the transformation of materials and found objects, Hiorns focuses on various aspects of modern life, closely analysing what is assumed or taken for granted. He explains,

“You always have to think about materials and objects in terms of being malleable – you have to cut them off from what their established use is, to directly interfere with their world-ness, it becomes a process of human empowerment to re-use and re-propose the power of objects simply left lying in the street.”

Jet engines often occur in Hiorns’ work. By injecting a US military aircraft engine with anti-depressants, he toys with the possibility of affecting some kind of robotic nervous system, reflecting his ongoing interest in the anthropomorphism of machinery. In his Youth series (1999 to the present), the encounters between a jet engine and a naked young man suggest not only mysterious communion, but also melancholy. Ripped from the wing of an aeroplane, and partly dismantled, the engine is positioned like a remnant from classical antiquity, instilling awe as if being contemplated at some point in the distant future when air travel as we now know it no longer exists.

Hiorns’ field of jet engine dust (Untitled, 2008) is likewise philosophical. An aerial landscape when seen from a normal standing position – like a desiccated savannah – it is a memento mori for humanity as a whole, a reminder of what will ultimately become of us and all our modern achievements.

This exhibition will also include a new video work documenting Untitled (a retrospective view of the pathway), an off-site project produced by Ikon in June 2016. It features choristers of St Philip’s Cathedral Birmingham singing Evensong whilst lying on their backs on the floor of the nave, rather than standing to sing in stalls in front of the altar. A re-imagining of an ancient ritual, atomising a rigid formation, it exemplifies a restlessness with respect to a revered institution, part of an establishment that defines our society. Likewise he focuses his attention on the art world and has made numerous statements that articulate a certain scepticism:

“I believe that the artist’s role is to move things on, to hold up a truthful mirror in order that progress might continue. Frankly I’m suspicious of many of my contemporaries who make work that simply reflects the desires of collectors: they’re reinforcing the surfaces. I think. I find artists fascinating in the same way I’m fascinated by how machines and systems function.”

Hiorns has recently made paintings with copper sulphate. Delicate works of art, untouched by the artist, they are at once beautiful and problematising. There is a kind of instability embodied in them that epitomises his artistic practice as a whole. At Ikon the artist exhibits a very early pair of sulphate works, grown from brain matter. These pieces embody the hyper-vigilant fragility of the contemporary mind.

The exhibition will be accompanied by a publication, including an essay by writer and curator Ruth Noack.